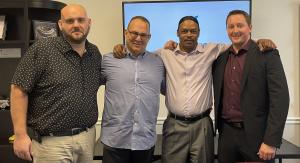 Isaac Wright Jr., once given Life in prison for a crime he didn't commit–won his own freedom and is now a practicing attorney–scores big with latest deal.

Under terms of the deal RMST will market millions of dollars of secured mid, near and prime tier auto loans originated by Atlantic Acceptance Corp, enabling dealers and finance companies across the country to increase their market share.

Of RMST, Wright says “RMST subsidiaries and associated companies have over $1 billion in assets under management, along with a special purpose vehicle (SPV) subsidiary that is licensed to effectuate the sale of securities.” Ryan Little, Chief Operating Officer for Atlantic Acceptance, said of the partnership “Atlantic Acceptance is already a broad-spectrum auto lender originating indirect, automotive backed consumer loans in 48 states. For us, the opportunity to partner with Isaac and RMST is exciting, energizing and was a no-brainer”

Wright called the agreement “a win/win” for all involved. “With the myriad of synergies between the two organizations, today’s agreement is just the first of many business opportunities,” Wright added.

What’s next? Wright, RMST and Atlantic Acceptance are currently in discussions to bring specialized financial products and auto lending programs to market with the goal of providing easier access and more equitable qualifications when compared to today’s traditional financial institutions and lenders. Wright and Little agreed “the best is yet to come.”