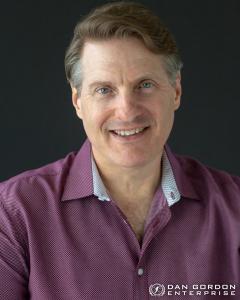 Dan Gordon, Host of “Shock to the System” Podcast 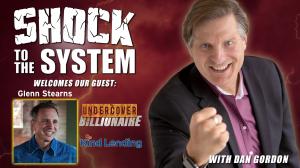 My goal in launching my 'Shock to the System' podcast is to inspire my audience to take on new challenges, step into their fears, and achieve their highest levels of personal greatness!”
— Dan Gordon

Vurbl is an audio streaming destination using a station model to support audio creators connect with listeners who are seeking unique and meaningful content. Shock To The System will showcase some of the TOP influencers in business and industry to feed the growth and knowledge of bold entrepreneurs. Some of Coach Dan’s Special VIP Guests include:

Glenn Stearns- CEO President of Kind Lending, founder of Stearns Lending, and the star of the Discovery Channel's Undercover Billionaire now in its second season. Founded in 1989, Stearns Lending became one of the largest mortgage lenders in the US and as of 2013, was the fifth largest privately held lender nationwide.

Phil Q- Music industry executive and President of The Hello Group. Phil launched Virgin Records with Sir Richard Branson and served as its first CEO. Phil also held top positions at Warner Bros. Records, EMI, and has been involved in the careers of recording artists ranging from U2, Linkin Park, Josh Groban, and the Spice Girls.

Shock To The System is a top property for UBNGO. Tony Sweet, CEO & Producer stated "We are thrilled to feature Coach Dan Gordon's new show and excited he has chosen UBNGO as his home. As we strive to be diverse with our programming, Shock to the System is an outstanding addition to our network lineup.” UBNGO is an International Podcast Network & Studio with over 10 years in the Podcast space. They have over 10 Million downloads across all the top Podcast platforms. UBNGO is headquartered in Burbank, CA across from Warner Studios. Shock To The System debuts March 8, 2021, at 10:00 am with guest Glenn Stearns.

GLENN STEARNS, billionaire entrepreneur and star of Undercover Billionaire will be highlighted as the premiere guest. Glenn sits down for an intense 40-minute interview with Coach Dan where NO SUBJECT is off limits! Shock To The System is Executive Produced by It's All Good Entertainment under the direction of Laurie D Muslow.

For every entrepreneur who has the courage to boldly step into the highest version of themselves, Shock to the System will deliver a kick to the gut in every episode! Tune in.

About the Shock:
Shock to the System was created by Coach Dan Gordon to inspire his audience to take on new challenges, step into their fears, and achieve the highest levels of personal greatness!
Coach Dan uncovers the mindsets of America’s highest achievers, revealing their secrets to provide listeners with a blueprint for living a life of unparalleled success.