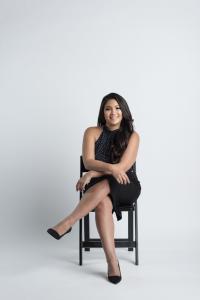 Kot has served as a strategic advisor for the cannabis industry since 2015, securing multiple medical cannabis licenses across a dozen state markets.

I am proud of what we have accomplished and after a milestone election year for the cannabis industry, I look forward to setting new benchmarks as part of a women-owned and operated company.”
— Maxime Kot, President at The Cannabis Business Advisors

Formerly the company’s Director of Licensing, Kot has been serving as a consultant for cannabis operators and stakeholders since 2015. In her new role as President and part owner, she will oversee all firm related activities alongside CEO and Founder Sara Gullickson.

“Maxime has been vital to our company since we launched earlier this year. I am excited to forge this partnership with her as we set new growth goals in 2021. Maxime’s extensive industry expertise will only continue to accelerate in this leadership role,” stated Gullickson.

Kot’s strategic approach and astute knowledge of cannabis compliance has led her to excel in the licensing space. She has been a featured presenter at high-profile international business conferences, including MJBizConINT’L and MJBizCon Las Vegas.

Kot has secured multiple cannabis licenses across 17 state markets, most recently winning one of only ten awarded and highly coveted West Virginia Grower and Processor permits, for a local group.

“I am proud of what we have accomplished and after a milestone election year for the cannabis industry, I look forward to setting new benchmarks as part of a women-owned and operated company,” said Kot.

In November of this year, New Jersey, Arizona, Montana, Mississippi, and South Dakota all approved medical and/or recreational cannabis legalization measures. A total of 35 states and the District of Columbia have medical marijuana programs and 15 states include adult-use programs for recreational use. According to analytics company New Frontier Data, the U.S. market is expected to double to more than $41 billion by 2025.

Based in Phoenix, Arizona, CB Advisors works throughout the U.S. with privately held and publicly traded entities wishing to acquire licenses, and also those with active licenses in dispensary retail, cultivation, processing, and other segments of the highly regulated industry.