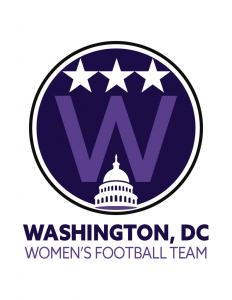 With her winning prowess business ethic and fight for Women’s Empowerment and Equal Pay for women in sports, Washington has already begun to build a Team of esteemed Colleagues whom have joined her vision in growing Washington DC’s First Professional Women’s Full Tackle Football Team, Her Front Office and Football Operations shall include former NFL Great Clinton Portis, Joshua Morgan, Sr. Brand Manager, Ash Samuels of CRASH! The Glass; Director of Community & Strategic Partnerships, Cookie Whiting and quotes “more dynamic people with impeccable skill sets to come as we build this Amazing Organization.”

Washington will be a huge asset as the owner of the Washington DC’s Women’s Football Franchise will continue to use both her Celebrity platform and the WFLA platform to fight for women in professional sports.

The WFLA continues to raise the bar with people who understand the Vision of the League; they set the tone for Women’s Professional Football. The WFLA is strategically approving owners who make sense to the underlining goal. Make no mistake, there’s a bit of poetic justice that drives the passion with the “Executive Team behind the Dream.”

“The WFLA is poised in its position to be the first Women’s Professional Football League promoting Women’s Equality with comparable salaries from the league”, says CEO Lupe Rose. She continues to explain: “As we explore our fight for women athletes, we will approach every scenario with the same mindset from the networks to the fields, if we are not provided with equal opportunities which include professional dollars from the major sponsors and networks, we will expose their lack of participation in women’s equality and equal opportunities.”

“As women who control 7 trillion dollars of the Economy’s buying power, the world will experience a terrible day if we come together and shut the economy down for 7 days to make a statement,” Rose continued.

With “All Star” owners, come “All Star Athletes” who will enforce the standard of Women’s Equality. #CatchMeOnTheField is the Social Media Hashtag the League and Athletes have adopted to continue the story of The WFLA.
WE HAVE ARRIVED…