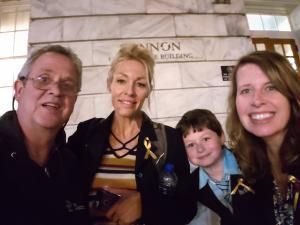 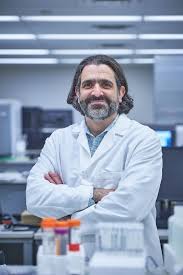 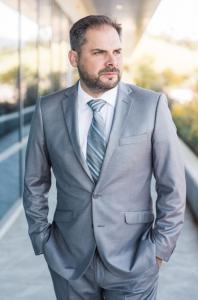 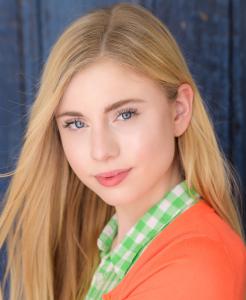 Bringing together researchers, survivors, advocates and members of Congress, the event raised awareness the the #1 cause of death in children with cancer.

House Resolution 114 is a way for me, my peers who have passed before me, and my peers who are currently fighting their fight, to be seen by our fellow members of society.”
— Grace Wethor

SANTA CLARITA, CA, USA, October 1, 2020 /EINPresswire.com/ — With a focus on brain cancer, the leading cause of cancer-related deaths in children and also the most prevalent of childhood cancer subtypes, the #Moonshot4Kids “Rally for Our Children” virtual media event on Friday, September 25 beginning at 8:30 pm EST brought together researchers in pediatric oncology, members of Congress, advocates for children with cancer, pediatric brain cancer families, and childhood cancer survivors to celebrate progress in the space of childhood cancer awareness, and to support needed further progress in raising awareness to the urgent need for greater research support for childhood brain cancer. The remastered video presentation from the live event will be re-aired on the facebook page of Childhood Cancer Talk Radio on Friday, Oct. 2 at 8pm Eastern Standard Time, and on the website of DIPG Advocacy Group.

The event was hosted by DIPG Advocacy Group in a proclaimed attempt to salute the normally in-person CureFest events in Washington DC traditional to the third week and weekend in September, Childhood Cancer Awareness Month. Formed in 2017 by Janet Demeter, with Jack’s Angels in Agua Dulce, CA, Elizabeth Psar, Julia Barbara Foundation in Knoxville TN, and Paul Miller, childhood cancer advocate from Littleton, CO, the group supports the National DIPG Awareness Resolution in US Congress, which alerts the world to the devastating, hidden experience of DIPG and childhood brain cancer to the end of attracting financial and scientific support to accelerate research into cures. The Resolution suggests prioritization of the young and those facing certain or probable death for research funding. “The deaths are horrific,” states Demeter candidly, “and we have the technology today to save them, but lack adequate awareness in Congress and with the greater public to this urgent, unmet need.”

Most notable were the submissions from DIPG and other childhood cancer survivors including Grace Wethor, DIPG survivor from Los Angeles, CA, Nicole Puglisi from Clifton, NJ, and neuroblastoma survivor Danielle Cloakey, from Cashmere, WA with the express purpose of supporting the House Resolution 114 for DIPG, which is responsible for the majority of pediatric brain tumor deaths annually, representing a generally hidden, unseen world of fear and suffering. “House Resolution 114 is a way for me, my peers who have passed before me, and my peers who are currently fighting their fight, to be seen by our fellow members of society,“ states Ms. Wethor, an 18-year-old actress and author living under the shadow of DIPG.

“We took the CureFest opportunity to raise awareness to the fact that brain cancer is the leading cause of cancer-related death in children, and is also the most prevalent subtype, or most common diagnosis. By calling out DIPG–the deadliest type–by name, we hope to accelerate progress in research in treatment to save lives, and also in recognizing the common symptoms of brain tumors which are often overlooked, even by clinicians,” notes Elizabeth Psar, co-founder of DIPG Advocacy Group. “With awareness, we can save lives today.”