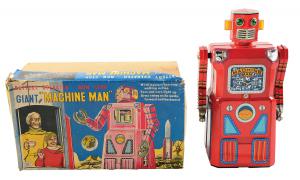 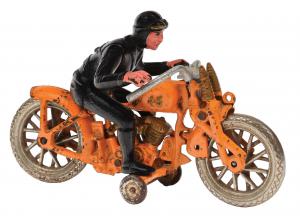 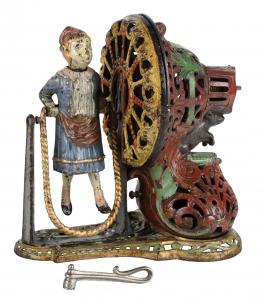 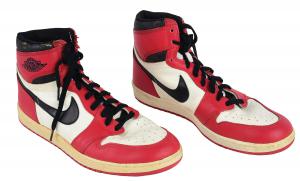 In all of our toy sales we include an array of original antique mechanical banks with estimates at several price points so both new and more-advanced collectors can bid on something special.”
— Dan Morphy, Founder and President of Morphy Auctions

DENVER, PENNSYLVANIA, UNITED STATES, September 16, 2020 /EINPresswire.com/ — One of the most enjoyable aspects of collecting antique toys is attending an auction, discovering that elusive piece you’ve been chasing for years, then bidding on it and experiencing the thrill of taking it home. Morphy’s is a place where many great toy discoveries have been made, and more are on the horizon Sept. 23-24 when the company presents an outstanding lineup of rare and coveted toys and banks from long-held collections. The auction will be held at Morphy’s 45,000-square-foot gallery, with all remote-bidding options available, including Internet live bidding through Morphy Live.

One of the sale’s top lots is an extremely rare battery-operated Machine Man robot with its original pictorial box. Machine Man is the most sought after of Masudaya's revered postwar robot quintet known collectively as the “Gang of Five.” Its bright red body features lithographed rivets and convoluted gears on its chest plate, and its eyes and ears illuminate through colored plastic. In March 2019, Morphy’s auctioned a high-grade Machine Man for $86,100. The boxed example entered in the September sale has a $60,000-$90,000 estimate and would be a prized asset to any robot collection. Also from the fabled Gang of Five, an industrial-gray Radicon Robot – the only “Gang” member designed for remote-control operation – comes with its original pictorial box and is expected to make $8,000-$12,000.

In the past, some of the world’s finest mechanical bank collections have crossed the auction block at Morphy’s, including the legendary Steve and Marilyn Steckbeck collection, which attracted national television coverage and set the benchmark for bank collectors everywhere. The unreserved 492-lot collection brought $7.7 million, making it the highest-grossing single-day auction of antique toys ever.

“In all of our toy sales we include an array of original antique mechanical banks with estimates at several price points so both new and more-advanced collectors can bid on something special,” said Morphy Auctions founder and president Dan Morphy, himself a lifetime bank collector and author of the respected 2007 reference The Official Price Guide to Mechanical Banks.

In a league of its own is a Jerome Secor Freedman’s Bank, which Morphy’s has estimated at $25,000-$40,000. Fifty years ago the legendary bank collector and scholar F.H. Griffith described the Freedman’s Bank – which depicts an African-American gentleman seated at a counter where he deposits a coin and playfully thumbs his nose – as “the No. 1 mechanical” and a bank that will only ever be owned by “a very select, small group.” Around 1880, it sold new for $4.25, and since its original release 140 years ago, ownership of the few surviving examples has been well documented by bank historians. “The design of this important bank was inspired by the actual financial institution called the Freedman’s Savings and Trust Company, which President Lincoln and Congress established in 1865 to accommodate the rising class of freed slaves,” Morphy noted.

Cast-iron transportation toys will be in plentiful supply, with the horse-drawn category offering numerous carriages and wagons, including Royal Circus wagons with drivers, passenger and animal figures. These early depictions lead the way for a fleet of cast-iron motorcycles featuring such stalwarts as “Say It With Flowers,” “Parcel Post,” a Harley-Davidson “Hill Climber,” a “Traffic Car,” “Police Cycle” with sidecar, and many more. Additional cast-iron transportation lots include farm toys, trucks, racecars, a yellow “Friendship airplane,” “The Elgin” street sweeper, and Arcade’s Mack ice truck.