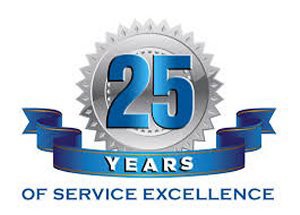 Only 40 percent of Americans can afford an unexpected $1,000 expense with their savings.

LOS ANGELES, CALIFORNIA, UNITED STATES OF AMERICA, April 8, 2020 /EINPresswire.com/ — In major cities like Boston, New York, Los Angeles, and San Francisco, restaurants and businesses have been ordered to close. For many hourly workers, this means no paychecks in the coming weeks. Almost one in five Americans have already lost their jobs or have reduced hours. At the same time, salaried workers are concerned about job security, as mass layoffs at numerous companies loom. While the situation is understandably stressful for every person affected, it serves as a sobering reminder that Americans must learn to live within their means and regularly save money.

The current panic is refocusing us on what is important. We now stockpile the things necessary for our health. Smartphones, fancy televisions, and restaurant meals are usually luxuries rather than necessities. Living within our means is not just rhetoric. It is a means of guarding ourselves during times like these. We have so much to learn from those who came before us. How many of our grandparents fared the austerity of the World Wars and the Great Depression, discovering to save, mend, and repair?

It is not only low income and middle-income earners who blow through their paychecks every month. Many high-income earners also live above their means. Indeed, at least a quarter of households making $150,000 and above live paycheck to paycheck. Our fiscal irresponsibility means that when an unexpected crisis like the one today hits, Americans are unable to sustain their own families, even for a short time.

So, politicians from both parties urge the federal government to step in and dole out checks to everyone across the country. Treasury Secretary Steven Mnuchin has announced that the administration wants to send checks to citizens totaling $1,200 per adult and $500 per child, with another round of assistance to follow if the pandemic continues.