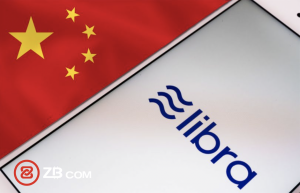 AMERICA, November 7, 2019 /EINPresswire.com/ — The Libra saga continues with more events related to the Facebook-led currency. The Libra association presents the currency as “a simple global currency and financial infrastructure that empower billions of people.” But politicians and the general global citizenry need more details.

Facebook and the Libra Association express broad ambitions. The organizations want to reinvent money, transform the global economy, and help people live better lives, but little details are present in just how they will do so in the world today.

The Association may think that Libra is for everyone, but officials and central bankers across the world vehemently disagree. Future forward nations like China are ramping up their efforts and responding in kind. It seems officials realize that they will need to do more than denounce Libra. Countries are likely to move to take action and integrate the blockchain into their financial system in a way that works for them. Nation-states may implement permissioned blockchains where they have more control. A few sovereign entities may deploy a hybrid blockchain that combines the benefits of a public and private blockchain.

A few countries may indeed take radical actions while others simply do incremental innovation.

The Libra association aims to bring about rapid simplification in the payments system. It might even have the right philosophical premise and technical foundation to bring about a frictionless system.

The Libra Association intends to make fund transfer as frictionless and straightforward as “sending a text message.”

Advantages of the Libra Association

The Libra Association will have strong advantages. We know that they might have the wherewithal and technical know-how to do so as Facebook's platform has an installed base of users. Facebook is a social network and comprises a significant portion of the world's population. A wide variety of influential stakeholders are present therein.

Small businesses and corporations have a strong presence on Facebook, consumers, and citizens actively use Facebook. Politicians increasingly use the social media giant to connect with their constituents and maintain power. Indeed, that is the blessing and the curse for Facebook. It is well-positioned to deploy such a system and coin because it already connects the world.

Its’ push for mobile in early on allows it to provide its social network on an easily accessible platform, your mobile device. Musk, Bezos, Zuckerberg, and Paige, among others, are in various stages of deploying satellites to provide internet to all.

Many see Facebook as the face of Libra. This is very unfortunate as the company faces many different probes by politicians on its hold on information dissemination, influence in politics, and concentration of potential manipulation. United States politicians had a field day with Zuckerberg and Facebook when he visited with them last week. They relished in the experience of bringing up past abuses associated with the firm. The session seemed more to tarnish Facebook and to conduct grandstanding against the firm than to deploy strength.

The currency might be stable, and a basket of fiat currencies might back it, but this poses a substantial problem to nations. It would affect monetary policy as more funds would flow into Libra. Libra would act as a payment medium and a better store of value. Further, its global nature presents challenges for nations across the world who currently face economic woes.

Many payment-based entities within Libra have left due to a host, including reasons and regulatory pressure.

Politicians continue to have concerns about the potential for abuse by criminals and terrorists with Facebook’s Libra currency system. These money laundering concerns may be unfounded as the entity would work with legislators throughout the process and implement compliance. Know Your Customer is an integral part and is already applied to a certain degree if Facebook would somehow serve as the underlying protocol in some form or fashion.

It is in this context that we turn to China, a country that has done more than talk about the blockchain and is speeding up efforts to integrate the blockchain into the Chinese banking system.

Several leading Chinese political figures have stepped up their rhetoric regarding the blockchain and Libra. We’ve heard from President Xi Jinping about the importance of the blockchain and how it should bring about significant benefits for society. It is also evident that bitcoin rose to higher prices based on these comments.

A high-ranking politician, who has recently moved on to other non-political activities, has expressed his sentiment regarding Libra. He didn’t mince words when he said it was akin to a fanciful project and is borderline delusional. He thinks that China and its central bank digital currency has a higher chance of coming to market and will launch sooner than Libra.

We know that more entities within China have made moves to step up blockchain-related efforts to be more in line with the recent statements by Xi Jinping.

Huang Qifan, the former deputy director of the Congressional Financial and Economic Affairs Committee, noted how the Chinese Central Bank Digital Currency could have significant ramifications on the world.
Huang commented:

“I think the technology is getting more mature, and it is highly likely that China’s central bank will be the first to issue a national digital currency.”

Huang further contended that a compelling way to control and minimize the potential threats posed by Libra and others would be to craft, deliver, and deploy nation based digital currencies. Officials such as Huang vehemently decry private oriented currencies such as Libra and do not feel confident in their progress.

He further commented, “I personally don’t believe Libra will succeed. Some companies attempt to challenge sovereign currency by issuing bitcoin or Libra. The decentralized blockchain-based currencies are not supported by sovereign credit and hard to become real wealth.”

The Digital Currency Electronic Payment (DCEP), or China’s national digital currency seems to be making significant progress according to various reports. Key figures such as Changchun Mu, are a critical component of the organization appointed to lead the digitization project.

Further, many figures express concerns about the value of cryptocurrencies. Others retort that fiat currencies are backed by the full faith, credit, and good standing of the governments behind them.

But fiat currencies continue to decline in value serving as a poor store of value. Further, officials such as Huang state that currencies such as DCEP will have backing by aspects such as credit, national gold reserves, and state policies in addition to economic activity.