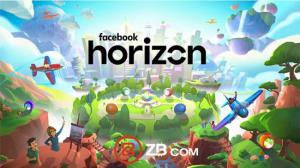 AMERICA, October 10, 2019 /EINPresswire.com/ — Facebook made a big announcement this past week. The social media giant will take even more people into the digital realm in an even more immersive manner. How are they planning on carrying out this activity?
Facebook thinks it can do so by bringing virtual reality to the masses.

The social media giant expects more people to get involved in virtual reality over the coming years and is investing heavily in this growing sector.

But what have they done so far, and what are they doing now in virtual reality? Also, how many people are interested in virtual reality now and what kind of options are present in this new industry? How does this apply to the cryptocurrency industry?
Let’s find out.

The company believes that virtual and augmented reality should make a significant difference in people’s lives and will likely be a vital growth industry in the years to come. Facebook kickstarted its interests in virtual reality by investing more $1.5 billion in Oculus, the VR headset maker, before 2015.

While its investments in VR and AR technology continue to grow, potential consumers have yet to follow. The popular belief is that the equipment to connect to virtual reality costs too much; the experience isn’t seamless and might feel stranger after a while.

Lastly, we know that that virtual reality, in its present form, may not provide as much value to a wide variety of people.

One key segment in virtual reality is that of gamers. To that extent, many different game makers have indeed rushed in to invest and create games for virtual reality. While difficulties might persist in the general adoption in other sectors, we might expect to see more healthy growth in the gaming industry.

Indeed, VR headset shipping growth is on the horizon.
Facebook isn’t the only vendor within the sector; Sony, HTC, Microsoft, and others also ship out their own VR headsets and products.

Finally, we know that Facebook earned about $1 billion from its virtual reality division in 2018, that’s out of all total revenues of $55.8 billion in that year.

The industry is still tiny, and Facebook and its competitors are still trying to figure out how to grow it.
The significant problem is that the content is not there for users to keep coming back to using virtual reality headsets. So, how does a company like Facebook help to solve this traction problem?

Key executives at Facebook are working to make virtual reality more social and endearing by integrating more of its current offerings with these emerging technologies. To do that they’ve hired more employees and have grown its Augmented and Virtual Reality division to more than 3,900 people. They’ve been quite busy and have rolled out a variety of products to lay the groundwork for further features.

Portal+ and Portal
We see new Facebook product lines such as its’ Portal+ and the Portal. These are hands-free video chatting devices. Artificial intelligence integrations allow these devices to be smarter by focusing on people as they move and talk. Augmented reality integrations are similar to Snapchat’s which overlays different fun effects onto the screen. Portal devices should enhance your user experience and should help you connect with friends and family in a more precise, vivid, and convenient manner. These devices range from $199 to $349.

Spark AR
Spark AR is the firm’s augmented reality studio that collaborates with partners and end-users to produce a variety of filters for mobile devices catering to different settings and experiences.

Making It Feel Real
The firm is also looking at making its virtual reality mimic and be as resilient and interactive as regular reality. This includes capturing the essence of human expressions and making virtual experiences more vivid and compelling.
These new advancements help the company to bring out more potential use cases for its users, allowing for more content, more engaging interaction, and connection.

This leads us to the next phase of Facebook’s VR trajectory, Horizon.

Facebook’s Horizon
Growth for Facebook will come from further use cases such as integrating augmented reality and virtual reality into its present platforms and overall mission. As such, the corporation will find further ways to allow people to connect more deeply by using virtual reality. The social media entity seeks to engage people and have them use Facebook to work together, enhance communication, and potentially allow people to do more things with their lives.

That’s the point of Facebook’s Horizon, a fully immersive virtual reality space where users can create their own spaces to play, talk, and virtually live.

Facebook Horizon will launch in 2020.
Users will have the freedom to form their avatars like in Sims or similar games and walk around in their new world. Further, according to publications like Techcrunch, users can socialize with their friends, go to different places, and play together in different virtual realms.

But no trolls are allowed.
Facebook states on its Citizenship page “as citizens of Facebook Horizon, it is all of our responsibility to create a culture that’s respectful and comfortable . . . A Horizon citizen is friendly, inclusive, and curious.”

Why is Facebook’s Horizon exciting and compelling? It is fully virtual. We’ve seen virtual currencies, and now we get virtual worlds. Facebook’s Horizon can help to lead the way for different unique experiences where different platforms might be able to integrate to sell different experiences allowing users to pay with cryptocurrencies in an automated fashion. Further, this new world might incentivize other developers to create similar experiences that push the space even further, giving people more incentive to step into a fully virtual world and interact for a while.