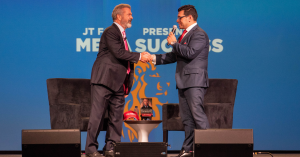 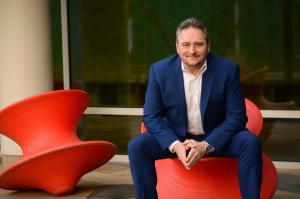 Senior executives are being dismissed from global corporations because they are too expensive and no longer relevant…You can learn more in one day from Warren Buffet than you can from an entire MBA”
— Marco Robert, Silicon Valley Venture Capitalist

SYDNEY, NEW SOUTH WALES, AUSTRALIA, September 11, 2019 /EINPresswire.com/ — Australian household debt is reported to be among the highest in the world, according to The Organisation for Economic Co-operation and Development. So what does this mean for the retirement dream? According to Silicon Valley venture capitalist, Marco Robert, “retirement dreams don’t come true”.

“Senior executives are being dismissed from global corporations because they are too expensive and no longer relevant. Even if you went to an Ivy League college, they don’t exactly teach you about how to manage all elements in a business. You can learn more in one day from Warren Buffet that you can from an entire MBA – at least, that's been my experience,” Robert says.

The sobering statistics speak for themselves:

– The average Australian employee retires at the age of 62.9 according to the Australian Bureau of Statistics.

– If you’re planning on living until 75, that would mean that Australians would be forced to live on average between a shockingly low $13,000 to $22,000 per year. Given the average rent in Sydney is $30,264 per year, it’s clear that the numbers don’t stack up.

A world apart and far from the retirement dream hard-working Aussies deserve.

Robert, along with Sydneysider, Oscar Chavez propose an alternative to the current retirement reality but caution that their solution isn’t for everyone. However, both agree that achieving financial certainty should be at the top of everyone’s list.

“Financial certainty is something that’s not discussed at all. Our stock price could fall, the company could collapse or our employers could sell the companies we work for. All of a sudden, things aren’t so certain. Given most Aussies don’t have enough in their savings to survive more than a few months at max, people need to think long and hard about financial certainty,” says Chavez.

After a stint on Season 2 of Australia’s “The Voice” on Team Delta and over 70kg in weight loss, Chavez has toured the world as a speaker and executive leadership coach, rubbing shoulders with the likes of Mel Gibson and Dr. Phil.

Meanwhile, Robert who is the founder and CEO of international business advisory firm Tumiza Strategy Consulting has had his eyes set on Sydney’s up and rising entrepreneurs and executives.

"Sydney executives have more potential than any other market I've seen. Their level of maturity in business surpasses some of the greatest minds in Silicon Valley. Yet they are frustrated by the bureaucracy and snail-paced innovation of corporate Australia,” he says.

For Robert, he wants to equip executives to harness their potential for innovation to create the next generation of powerful and influential organisations. His Silicon Valley venture capitalist mindset packs a solid punch and is not for the faint of heart.

“Spending a few days with Robert is like getting stripped limb from limb. But it’s the only way I was able to free my mindset to become a true entrepreneur, rather than feeling stuck inside of one business that I wasn’t even passionate about,” says Chavez

Robert claims financial certainty is only possible through creating your own successful startup or scaling your own existing company, “it’s exactly what we’ve seen with the likes of Atlassian, Canva and [neobank] Xinja. There’s a mass exodus from major corporations as corporations will never pay people what they are worth. Every employee needs to drive profit, and that profit is not yours.”

Chavez agrees, “I want to know if something major in my life happened such as needing to pay for expensive medical intervention for my kids, that I would be able to manage. This is why building financial certainty is of utmost importance. Not to peacefully retire, but to generate wealth and build meaningful projects with legacy that offer value to the community.”

So Robert and Chavez have teamed up with an MBA alternative that promises to equip Sydney executives with the education they need to successfully build and scale a business to generate wealth.

The average MBA takes two years to complete, but the aptly named venture, “Business Titans” is described as a supercharged MBA that offers more value to your career within three days.

Business Titans takes eligible executives to an exotic and exclusive retreat to learn the secrets of Silicon Valley success so they can create a replicable strategy of their own.

“We take our Titans away from their usual routine to shake down old patterns of thinking. We equip them with only the strategies that are relevant to results,” Chavez says.

“Top income earners are heavily taxed in Australia by up to 48%. We want to educate people on how to maximise their returns through legal tax minimisation strategies, reinvesting their money in meaningful endeavours for the community’s benefit,” he says.

This year, Business Titans 7X Retreat will be hosted in Thailand, with the south-east asian location selected both for its cultural wonders and help shake down the norm for participants.

Chavez, an ambassador for A21, the global nonprofit organisation tackling modern slavery and human trafficking, says that it should be every person’s mission to look after the human needs of others.

“People in privileged positions should be doing what they can to make an impact in improving the lives of others. That’s why I want to equip the next generation of Business Titans – they will have the skills, the drive and the finances to fuel positive change and change the world,” he says.

Robert and Chavez are now screening eligible executives for their December Business Titans 7X Retreat in Thailand. We've secured an exclusive 50% discount coupon to attend their retreat, but with only 30 spots open, spots are filling up fast.

Visit www.cxoequip.com today to take up this exclusive offer.

To interview Oscar Chavez about CxO Equip and his experiences being a Business Titan, contact him via the details below.