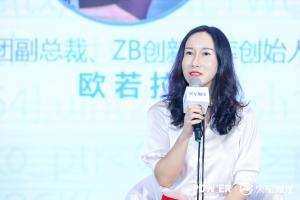 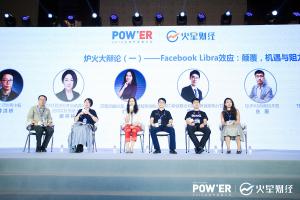 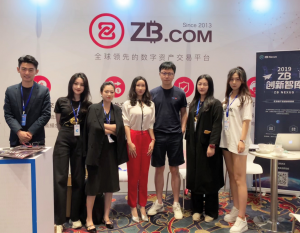 UNITED STATES, August 22, 2019 /EINPresswire.com/ — On August 21, the "POW’ER 2019 Global Developers Conference" hosted by Mars Finance continued in Beijing. Ms. Aurora Wong, Vice President of ZB Group and Founder of ZB Nexus, was invited to speak and offered her in-depth views on the hottest topics in the blockchain industry.

Ms. Wong holds a master’s degree in International Finance from Columbia University, and used to serve in global organizations including The World Bank, Merrill Lynch and the Boston Consulting Group.

In 2016, she established Crypto Capital, an investment fund focusing on the Blockchain industry. Currently, she is the Vice President of ZB Group and the Founder of ZB Nexus, the top research institution for Blockchain.

Here are some main points of Aurora’s speech:

“Libra may deviate from the original intention, facing technological and regulatory challenges.”

Though Libra describes on its website and in white papers that its mission is to build simple, borderless currencies and a financial infrastructure for billions of people, there are real pain points of inefficiency and high fees in cross-border payments, and large numbers of people around the world do not have access to the modern financial system. Libra may solve these problems.

"Libra is not going to be given the go-ahead because the potential and threat is more than just a set of payment instruments," says Aurora.

Libra can circulate around the world and in some small developing countries where the purchasing power of legal tender is not strong. Else, Libra is likely to serve as a monetary function of value storage. It threats fiat currencies, reducing the potentate to control the economy.

Facebook’s digital currency isn't technically complicated. But it is also questionable whether Libra’s performance can handle large numbers of concurrent requests from users around the world when out of a lab environment. Then consider its scalability, privacy protection, and the implementation of complex business scenarios. If Libra wants to deploy applications on a massive scale, it won't be easy even for a cash-rich giant such as Facebook.

ZB Group will attend the conference with its best troops

At Mars Finance's POW’ER 2019 Global Developers Conference, the ZB.com booth was packed with people scanning QR codes to register. Six years after its launch, ZB.com now has more than 5 million registered users, more than 10 million visitors on the day of the merger of APP and official website, and the daily trading volume exceeds 10 billion yuan.

According to official reports, Mars Finance's POW’ER 2019 Global Developers Conference invited 70 technical leaders, experts and scholars, heads of investment and research institutions from around the world in the fields of Blockchain, 5G, AI, cloud computing, big data and Internet of things to share their insights and outlook on trends and business opportunities of new technology.