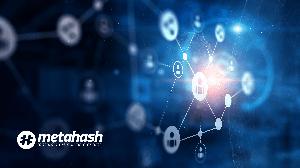 ZUG, SWITZERLAND, July 18, 2019 /EINPresswire.com/ — #MetaHash – the high-performance blockchain network – has announced the opening of the #MetaGather Program, a targeted campaign to stimulate massive familiarizing with blockchain among wide audience through the introduction of rent of coins at no charge and involving in the consensus process.

“Blockchain is still poorly understood among people, even not all owners of cryptocurrencies fully understand how blockchain operates and have never been involved in it.” details #MetaHash Tech Lead and Co-founder, Gleb Nikitin. “What we opened today is the opportunity to take part in the consensus mechanism of the distributed network, which in other cases requires investments, and even get rewards for this engagement in one of the most promising technologies nowadays”

#MetaGather Program offers a rent of 1000 #MetaHashCoins at no charge to any new user who will sign up at the program’s page. Locked for sale and transfer the coins may be used only for forging, a process of getting reward coins for supporting the network’s consensus and operation. The forging process in #MetaHash is analogous to mining in Bitcoin but differs distinctly in its design consideration of functioning as a staking mechanism, besides it doesn’t require heavy investments in hardware and can be available for ordinary computers.

With granted coins the user can get at zero cost up to 40 percent of the reward, which is usually forged with user-possessed coins, or even more if one decides to engage further through social activities and more advanced forging modes like delegation or node operation, as well as by increasing the amount of owned coins.

The program also offers referral mechanics so as to make the engagement of new users into blockchain more attractive. Thus additional rewards will be granted for inviting friends via a special link.

The native #MetaHashCoin is a critical component of the network used in everything from node operations to exchange services within the #MetaHash ecosystem. Enlarging the number of forgers the #MetaGather Program significantly contributes to a wider popularization of blockchain technologies.

The news of opening the program comes on the heels of #MetaHash’s other announcements centering on the network’s new “infrastructure torrent nodes” as a further step in decentralizing the network.

The #MetaGather Program is currently live and available via this link: http://metagather.org

#MetaHash is a next-generation blockchain network built on a unique infrastructure that relies on a multi-PoS consensus engine – empowering the network to scale above 50,000 transactions per second with less than three second for validation. The #TraceChain is the core of the #MetaHash protocol, which supplements the MetaApps ecosystem and MetaGate apps directory. The network is rapidly growing and currently operates with more than 20,000 active wallets and 200 community owned servers around the world, the average amount of daily operations on #MetaHash blockchain exceeds 300,000 thus making it one of the Top 10 active blockchains according to independent tracking services.