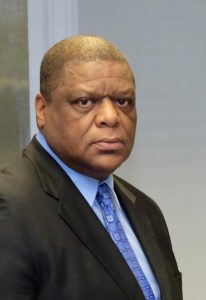 GAIIN Act help to rein in government excess, but it would also build up disadvantaged communities in desperate need of reinvigoration

Many social programs for underserved populations focus on alleviating the symptoms of poverty rather than addressing the underlying condition.”
— Wendell Stemley

WASHINGTON, DC, UNITED STATES, May 10, 2019 /EINPresswire.com/ — Whether conservative or liberal, right or left wing, the vast majority of Americans acknowledge that underprivileged communities in the United States are struggling to get by.

In our poorest neighborhoods, one in 10 people are unemployed—that is well more than double the rate nationwide. While lower-income areas tend to receive plenty of financial assistance for things like food and housing, when it comes to roads and bridges, impoverished communities are left to fend for themselves. Infrastructure, a bedrock of a productive and functioning society, is crumbling to pieces under the weight of inadequate funding.

While members of both parties have expressed a desire to change the status quo, with the U.S. national debt already exceeding $22 trillion, policymakers have struggled to find a viable way of financing it.

In this sea of impractical proposals, there is one standout piece of legislation that can give disadvantaged areas the investment and change they so desperately need, all while paying down the national debt: The Generating American Infrastructure and Income Now (GAIIN) Act.

Many social programs for underserved populations focus on alleviating the symptoms of poverty rather than addressing the underlying condition. The GAIIN Act, however, takes a different approach, targeting the lack of opportunity itself, rather than the results of it.
Bringing together a rarely-seen bipartisan coalition of both Freedom Caucus and the Congressional Black Caucus members, the bill provides both conservatives and liberals with political wins. In doing so, it seeks to bridge the partisan divide to foster infrastructure projects and job creation in America’s most hardscrabble areas. And it does all of this through the liquidation of federal assets.

The federal government currently holds more than $2 trillion in debt and lease assets. The proceeds from merely a portion of those assets, if sold, could revitalize America’s infrastructure. The GAIIN Act takes the first step towards that goal by requiring the Department of Agriculture to sell its distressed debt assets on the market. This would fetch an estimated $50 billion, half of which would be used to help pay down the government’s burgeoning debt, while the other $25 billion would be spent to cultivate infrastructure programs within America’s most impoverished communities.
Not only would the GAIIN Act help to rein in government excess, but it would also build up disadvantaged communities in desperate need of reinvigoration. That extra funding may very well be the springboard these underserved areas need to mount an effective comeback, especially when one considers how little money these communities actually receive. While state agencies award billions in infrastructure projects annually, only about 1 percent of those funds are provided to minority groups in urban or rural regions of the nation. The GAIIN Act, with its singular focus of shoring up the infrastructure of America’s most imperiled locales, will change that.

It starts by establishing infrastructure which, in turn, creates jobs for members of the community, allowing their efforts to catalyze the change within their own neighborhoods. Whereas a program that pays people to attend community college may indirectly teach an individual particular skills, the GAIIN Act promotes on-the-job training and provides a much-needed paycheck. Through employment in local infrastructure projects, the citizenry will gain critical work-related skills and use those acquired talents for the betterment of the community in need. The GAIIN Act will generate a positive feedback loop for underfunded areas. The financial inflows will create local job opportunities, providing on-the-job training and supplying members of the community with applicable skill sets. Upon completion, the infrastructure projects will refurbish the surrounding area, encouraging further investment into the neighborhoods and opening the door for more job opportunities. The bill is undoubtedly innovative in its approach to public policy, breaking the norms of partisanship and providing a fresh take on a problem that has plagued the United States for decades.

Increasing the debt by trillions of dollars to fund America’s inadequate infrastructure as some have proposed is not the answer – not when the nation’s debt-to-GDP ratio exceeds 100-percent. While having one’s cake and eating it too is typically seen as impossible, by initiating the sale of distressed debt, the GAIIN Act demonstrates that there is indeed truth in this idiomatic proverb – fixing a large swath of America’s infrastructure problems all while reducing America’s financial liabilities by immense proportions.

The GAIIN Act alone will not solve poverty in the nation. Still, its future success will provide a roadmap toward tackling the problem of inequitable funding in a bipartisan, fiscally responsible fashion. America’s underprivileged communities are desperate for change. Ultimately, GAIIN Act may very well be the catalyst they need to succeed.